This weekend I finally took on building the SDF-1’s bridge and radar tower. I’ve attempted to build the bridge in the past but I never really put much energy or effort in to it, I would just slap a few pieces together and then get distracted with building larger more complex portions of the ship. This time was different; I set a goal to build the bridge no matter what. Starting the build I anticipated that I may not have all the pieces that I would need, but I decided if that was the case I could just use old or mismatch color pieces as place holders.

Unlike certain parts of the SDF-1, I had some pretty detailed artwork to help me out:

One drawback to having this much detail is that you want to replicate it all in LEGO, but with the bridge/radar tower’s relatively very small size that would be impossible. Therefore I had pick and choose which details to incorporate. Below are images of the build in progress: 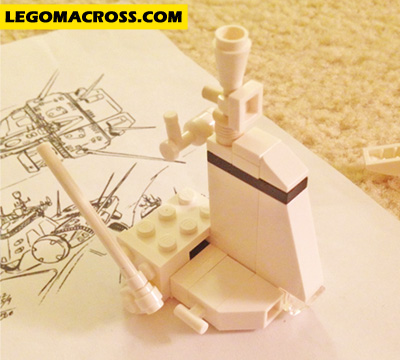 First phase of the build. 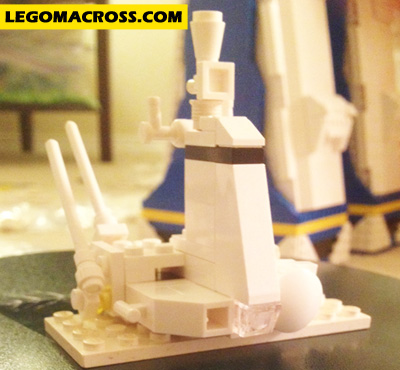 Although this is a relatively simple build, it still took me an extremely long time just to get this point. I think more of the problem is that I’m a slow builder. Again selecting what details to attempt to replicate and figuring out the best way to replicate them was very, very challenging. For example the two antennae on each side rotate up and out: 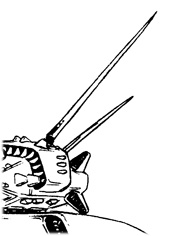 I’m sure this could be replicated with LEGOs somehow, but I don’t think (or don’t know how to do it) so on such a small scale. You can easily having put together an assembly with the antennae tilted up 30 or 45 degrees, or tilted out 30 or 45 degrees, but not both at the same time. Unless I’m struck with a moment of intensity genius as to how to achieve this on a micro scale, I’ll be happy as they are now: tilted up.

Once I put my first version of the bridge together I had to figure out how I wanted to attach each section to the ship, this decision resulted in me making another significant update to the ship. Up to this point I had resisted attempting to replicate the top of the center section, it appears to have some sort of circular landing pad on it, see here: 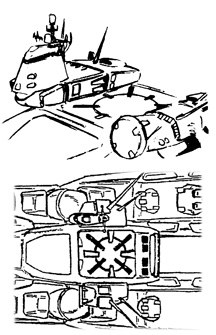 I looked through Bricklink for a white rounded or decorated tile piece that was 4 x4 to no avail. Even if I had found one it could have left me a problem as in I wouldn’t have any studs in the center upon which to attach the bridge. In the end I did ‘resurface’ the top of the bridge with tiles and used a 4×4 rounded plate as the ‘landing pad’. 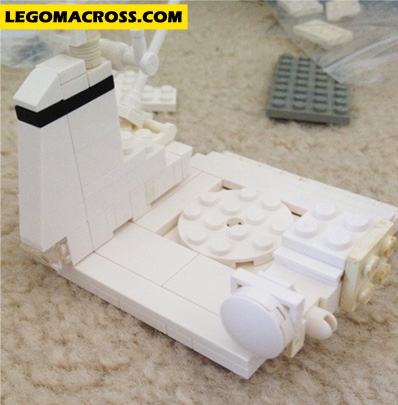 All in all, I’m pleased with how the bridge is turning out. I just placed an order on Bricklink (my first order in like 6 months) for the additional pieces I need to finish the bridge build. I’m sure there will be continuous updates to this build, just as there has been for every other section of the ship, to get to be as faithful as can be to the SDF-1. That sad, so far so good. Hopefully once my pieces arrive I’ll still be able to find time to update or even finish the bridge. 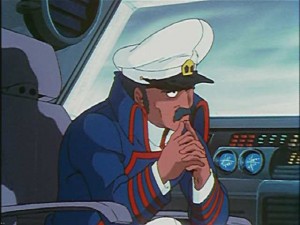 It's about damn time you got around to the bridge. It's bad enough that I already have an inexperienced crew.