Yesterday I was able to construct the arms (not the carriers) of the SDF-1. Fortunately I had about 90% of the white pieces I needed. I plan on using a Technic brick assembly to connect the carriers to the ship and to hold the carriers horizontally after transformation. This assembly is a huge challenge because it has to handle a lot of weight post transformation; only testing will tell if my design theory will work. I foresee post transformation the arms and carriers will be another section of the ship that will require glue to provide extra strength to manage the weight and stress.

There is not really anything extremely complex about my arm design, just turntables to rotate the arms out and wedge plates to get the angle effect. The rest is just white bricks, tiles and plates. The photos below best show the functionality:

Note the arm above is still under construction.

My apologies that this is not the most up to date image of the arms. The image above is of the right arm and unfortunately doesn’t include all of the improvements I made to update the left arm.

I recently realized I have not shown a full view of the SDF-1 in a while, mainly because most of the time it is under severe construction, meaning it looks like this:

Most of the time the ship is mostly disassembled

Here are a couple of photos of the SDF-1 put together in a little better condition: 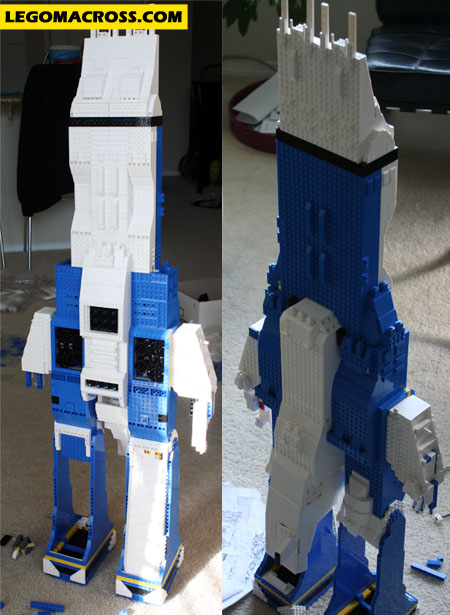 Just as important as the outside of the SDF-1 is the inside. I want to put just as much time and energy detailing the inside as I have put into making the outside faithful to real ship. Working on the SDF-1’s interior I think will be a lot off fun because there aren’t many interior pictures floating around online meaning my imagination will get to do most of the interior design.

I have decided to follow the DYRL version of the SDF-1 and place a miniature Macross City in the left leg of the SDF-1. To add more detail and to make it more fun to look at I decided to also add a light feature to the city via Lifelites. The challenge with including the lights is running and hiding the wires, it just adds another wrinkle into an already incredibly complex build.

With the inclusion of the lights the philosophy of the building of Macross City changes drastically. The first step now is where to place the control so that it can be easily accessed to turn the lights on and off. The second step is to determine the best locations for the lights and layout of the wires. I have to balance building the city around the controller and hiding the wires with maximum light effect and building a realistic replica of Macross City. While building the first part of the city I realized that I am a very sloooow LEGO builder as is, and with this challenge it was hours and hours and hours before I made any type of noticeable – not significant – just noticeable progress. 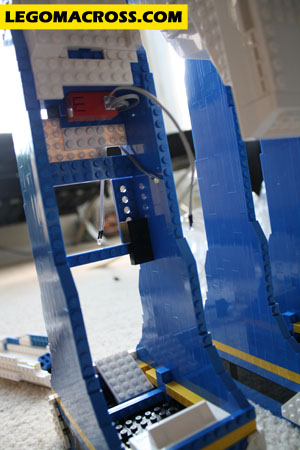 It probably took me an hour just to pick this spot!

I worked on the ship all weekend, but sadly I’ll have to go on hiatus again for a while. My wife returns from out of town tonight so I have to return to real life. I’ve run short of many of needed pieces so I placed 3 Bricklink orders over the weekend for pieces I need to finish the arms and to make more progress on Macross City. Hopefully I’ll be able to get some more building time in before the end of the month! 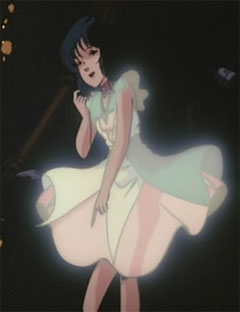 This is so wonderful! LEGO Macross rocks!